How to Avoid the Tantrums 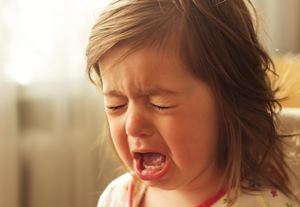 Identify the Trigger
There are often common triggers that may set off a child in to a tantrum. If you can identify those triggers for your child, you may be able to tame the tantrum or avoid it all together. Look for these common triggers- under/ over stimulation, tired, hunger, craving independence, fear/ anxiety, sensitivity and unrealistic developmental expectations.

Be Assertive/ Consistent
Children actually like boundaries! Just like they like to know what activity they are going to do next, where they are going, how long they will have to wait, and when will they get there! Set expectations of behavior (especially in new situations or environments) and rules that should be followed. Once they know what you expect, tell them what they can expect to receive or not receive. (rewards and consequences) This can only work if you *Keep your word. Being inconsistent, whether it is threatening with a consequence that is unrealistic and you really have no intention of following through on, or one that you later decide to give in on and allow a child to have or do anyway, or if you make a promise for a reward for one behavior, but later take away or do not follow through on, due to a completely different situation with an undesirable behavior.

Listen to Them
Tantrums often occur because of lack of communication skills, especially with toddlers, and it can be VERY frustrating for them. With young children you may have to watch them more closely and see what they are wanting you to help them with and they need from you. It could be that they can’t reach a toy, they are hungry or thirsty, or maybe they aren’t feeling well. (Teaching a few baby signs to help with communication can help reduce frustration in many situations for both the child and the caregiver.) For older children, pay attention to their feelings. They often cannot express to us how they are feeling and have a hard time controlling emotions. It is important to let them know we may understand their point of view and to validate their feelings, although the behavior is not okay. (“I understand your feelings were hurt, mine would be too; but it is not okay to hit or scream at someone.”)

Catch Them Being GOOD!
The number one thing that ALL children want is attention. If they are not given enough of it, they will not care if it is positive or negative. Children will learn what behaviors get them the attention they desire. Pay extra attention to good behavior and ignore minor misbehavior. Do not ignore a child until they misbehave or have a tantrum. A child that is praised for good behavior will seek that kind of attention over the negative. Promoting positive behaviors happen best when a child feels good about their self.