The Debate of Person First versus Identity First Language 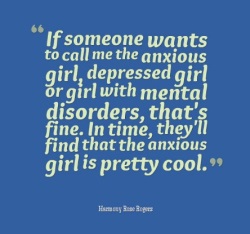 What is the difference between person first language and identity first language? In person first language, when speaking about people with special needs, it is the act of describing what the person HAS first, rather than what he or she IS. (e.g. saying “a person with autism”) For years this way of speaking has been a push toward political correctness. However there are groups and individuals which prefer to be described with identity first language, as the disability is something that is a part of who they are rather than something that they can change about themselves. (e.g. using “autistic person” in a descriptive way).

Person first language, in its attempts to be the most politically correct, is still pointing out a disability in a negative way. Many people in the autistic and Deaf communities, for example, prefer the identity first method of speaking because it is more of a social model, as it instills a form of pride in belonging to a community.

What we need to remember is that no one should be labeled or lumped into a category which alienates them. When in doubt, ask what that person’s preference is, never making assumptions. Neither person first language, nor identity first language should be applied broadly. Most importantly, we should always address all people and situations with respect, kindness and a pure heart. When our society sees a shift in the way we address one another, a truly inclusive society will become a reality.

For more information on disabilities awareness, disease and mental illness, check out the website http://www.themighty.com.