Where has Recess Gone? 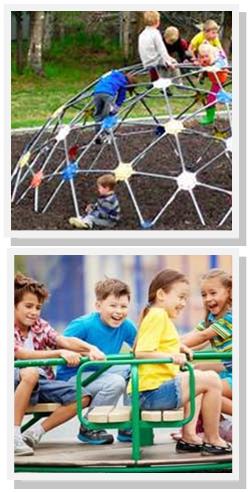 When we think of our childhoods, they were filled with hours spent outside running through backyards, playing at the playgrounds, or building forts with your friends. Also we spent plenty of time outside during the school day. Time was spent to organize games, play on swings, slides and other playground equipment or just socialize with friends. The current outdoor play time at school might be as little as 15-20 minutes and possibly no outdoor playtime at home. No wonder teachers are so worried about all the fidgety children in their classroom.

In the 1980s some school systems started cutting back the amount of outside time to allow for more instructional time. This trend continued to increase with the passing of No Child Left Behind in 2001. Many administrators felt that that test scores would increase and the number of safety issues would decrease if outdoor time was decreased. A recent study in 2009 in Pediatrics involving 11,000 children found that 30 percent of children had fewer than 15 minutes of recess time due to academic pressure or punishment.

There has been no research found that supports administrators thoughts that decreased outdoor will increase test scores. There is much more research that shows the cognitive, physical and social/emotional benefits of increased outdoor time.

Cognitively, children are less fidgety and more on-task when they have outdoor time and children with ADHD (attention deficit/hyperactivity syndrome) are among those who benefit most. Research shows that memory recall is improved when learning is spaced out rather than concentrated in long or short period of time. Recess provides breaks during which the brain can “regroup.” Brain research shows there is a positive relationship between increased physical activity and the development of brain connections.

Physically, children that have recess before lunch tend to have healthier eating habits. Children that are more active during school are more active after school and less likely to be a couch potato. Teachers rate children’s behavior as better when the children have had at least 15 minutes of recess.

Socially and emotionally, children establish leadership skills, teach on other new games, take turns, and learn to resolve conflicts. Children learn negotiation skills when given free choice so that play can continue.