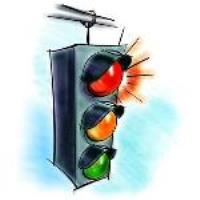 This month, I wanted to re-print something that was written by a previous Coach, Cory Lowery, because it is something I am seeing more and more in my work with programs: Behavior Charts. Cory addressed this issue in a very thoughtful way in December 2014.

Classroom management isn't easy. During my very first year of teaching Pre-Kindergarten, I struggled to find a method to help me maintain control over my group of rowdy, loveable, and slightly over-stimulated kids. I fell back on a method that had followed me through grade school. If your name went on the board, it was a warning (and, I’m horrified to say, I had the children write their own name—building in writing skills, I thought). One strike? You’re missing out on some of your recess time. Two strikes? Look out—we’re calling mom or dad during my break. Then one day, I had a child write his name on the board who normally would not be up there. The look on that child’s face was heartbreaking—humiliation mixed with frustration and a touch of fear. And I was the one who put that look on that 4 year old’s face. He “checked out” for the rest of the day. It didn't matter that it was just a warning. I had broken an unspoken bond of trust with that child. I had embarrassed him in front of his friends, and put fear in his heart that I was going to potentially call his parents. So much for my safe, loving classroom environment.

These days, chalkboards are a thing of the past. One of the most popular methods for “maintaining” classroom control is the stoplight method. You've seen them in classrooms: each child’s name is written on a clothespin, which is attached to a giant laminated paper stoplight. Staying on green means you’re having a good day, but find your way up to red and, well, bad things happen. The belief is that by giving students a visual for their behavior “status,” that it would enable them to control their behavior. In some classrooms, children move their clothespins up and down based on their behaviors. In others, once you’re on “red,” that’s it—there’s no going back now. Therein lies the problem with this type of thinking. The stoplight method seeks to control children by shaming them. “Look at what you did,” the stoplight screams out to the children from its place of prominence at the front of the room. “Look how bad you've been today. Wait until your parents see this!” This results in one of two things happening: either the child shuts down and gives up on their day, or the child ramps up the problematic behavior—”I’m on red, what reason is there to be good now?” Be honest with yourself—how often have you had a child who was having a difficult day completely turn their day around because they landed on the red light?

So, you say, what should I be trying instead? My first request is that you take the stoplight down immediately. Bring the children together in circle time and explain why you’re doing this. Tell them you love them and respect them, and don’t want them to feel sad or embarrassed by this shiny, laminated piece of paper. Then, take a step back. Think about the children whose names are constantly on red. What causes them to have to move their clothespin to that dreaded color? What are their triggers? Are they overstimulated? Under-stimulated? Tired? Hungry? Do they need an opportunity to be engaged in more gross motor play? It takes more time to figure out the reasons behind the behavior than it would to move a clothespin, but the results are far longer lasting and much, much more positive.

When a child is lost in the midst of a problematic behavior, try some of these suggestions:

Our job as teachers is not to maintain control of our children like a 5-star general would over his troops. It is to teach our children the life skills they will need to be successful in school and beyond in life. Leave the stoplights on the roadways, and try promoting an environment where every child feels loved, supported—and respected.