Saying “Good Job”…What’s the Harm in It? 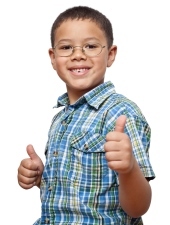 Think about how often you find yourself saying good job…even tiny infants are praised for smacking their hands together. Many of us use these phrases to praise our children to the point that it has become routine and have no true meaning or value.

Early childhood researchers advise us against relying on punishment and occasionally we are asked to rethink the practice of bribing children with stickers or food. But you’ll have to look awfully hard to find a discouraging word about what is euphemistically called positive reinforcement. The point is not to question the importance of supporting and encouraging children, but to love them and hug them and help them feel good about themselves. Praise, however, is a different story entirely. Alfie Kohn has developed a list of five reasons why we should stop saying good job.

1. Manipulating children. By offering verbal praise to a child who picks up we must think about who benefits from this? Is it possible that telling kids they’ve done a good job may have less to do with their emotional needs than with our convenience?

2. Creating praise junkies. Researchers have found that students who were praised excessively were more tentative in their responses and more apt to answer in a questioning tone of voice. They tended to back off from an idea they had proposed as soon as an adult disagreed with them. And they were less likely to persist with difficult tasks or share their ideas with other students. In short, “Good job!” doesn’t reassure children; ultimately, it makes them feel less secure.

3. Stealing a child’s pleasure. A child deserves to be proud in their accomplishments, to feel pride in what they’ve learned how to do. They also deserve to decide when to feel that way. Every time we say, “Good job!”, though, we’re telling a child how to feel.

4. Losing interest. “Good painting!” may get children to keep painting for as long as we keep watching and praising. But, researchers warn “once attention is withdrawn, many kids won’t touch the activity again.” Research has shown that the more we reward people for doing something, the more they tend to lose interest in whatever they had to do to get the reward. Once praised, the point is to get the goody not complete the activity.

5. Reducing achievement. Saying “Good job!” can undermine independence, pleasure, and interest, it can also interfere with how good of a job children actually do. Researchers keep finding that kids who are praised for doing well at a creative task tend to stumble at the next task – and they don’t do as well as children who weren’t praised to begin with.

When we say “Oh good job!” “That’s so nice!” “Good girl!” the praise is vague. So instead of just praising, make observations. Observations are specific. It’s easy once you practice a little, just say what you see. For example, “Nicky you’re pumping the swing by yourself,” or “Sarah you got to the top of the climber!”